There are two schools of piano teaching, which have remained blissfully seperated from each other as if the other did not exist. 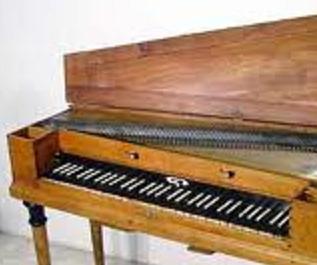 The first one originated from the keyboard approaches of the baroque era and its instruments the harpsichord, cembalo and the organ. Teachers like to cite references to its champion J.S. Bach who sat with quiet body and very skillful fingers behind the keyboard and they like to give their students studies from Czerny to emulate the finger technique.

And Czerny wrote more than 600 Opuses on what you can do to improve your major and minor scales.

Schumann described in his 'Neue Zeitschrift fuer Music' (new magazine for music) how Carl Czerny did away with Frederic Chopin as an upstart minor talent, when the latter performed in Vienna for the first time at the age of 18, not realising that Chopin would develop a fully new approach to the keyboard.


Chopin would revolutionize the approach to the keyboard, to such an extent, that he could put forward his wishes for the development of the action of the piano keys to the piano manufacturers, for which reason Pleyel developed the piano action as it is today. Chopin's technique involves the use of gravity, which again involves intelligent co-ordination of the arms and hands.

Eleanor Bailie in her book on Chopin, says it thus:


So after 150 years you still see the oranges being promoted into the hands of poor little piano students by 'duly registered' sections of the piano teaching profession.